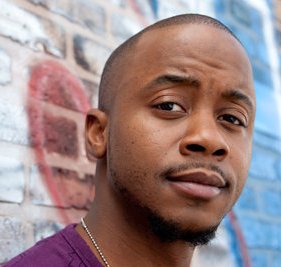 Brian “Da Wildcat” Smith is said to have an old soul filled with experiences that everyone can relate to. He’s been doing comedy all his life in one way or another. As a child, comedy came as natural as breathing, to the young class clown, before he ever entered a classroom. When he got older, his sense of humor, matured with his mind. “Da Wildcat” has often been compared to a young mix of Richard Pryor with a little Bill Cosby. His accomplishments includes:  three (3) Independent Movies, four (4) seasons on B.E.T. “Comic View”, three (3) times Champion on “Showtime at the Apollo”, six (6) National Commercials and Several Stage Play Appearances to name a few. Wildcat will be featured in the upcoming film “Of Boys and Men” starring Robert Townsend and Angela Bassett and in the upcoming R. Kelly’s “Trapped in the Closet” Music Video (chapter 18). So!  When you hear the name “Da Wildcat”, you can expect originality, raw talent, determination, and undisputed professionalism.